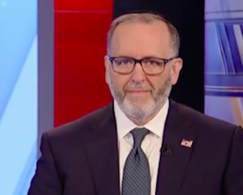 He has been senior management at major media companies, including head of Communications for CBS News, head of Public Policy for KKR's Primedia Inc., and head of Network Affairs for Time Warner and NBC's Court TV. He achieved success launching a communications tech startup now trading on the NYSE. A graduate of Yale Law School, Jeff was counsel to the US Senate Committee on Commerce, Science, and Transportation and counsel to US Senator John Danforth.

​Jeff's clients include media, energy, biotech, healthcare, communications, and defense companies, real estate developers, law firms, private investment funds, and non-profits, and political parties and candidates. Jeff has worked as an operative on campaigns at local, state, and federal levels, including six presidential campaigns.
"Jeff Ballabon is the A-list behind-the-scenes negotiator, facilitator and liaison between governments and private enterprise in this country and abroad. When Jeff Ballabon tells you he can do something, consider it done, and done well."
Radio America

​Bruce Abramson is an experienced technologist, economist, attorney, and policy analyst.   His multidisciplinary practice emphasizes research methodology and strategic problem solving.  He has launched and led two technology law consulting firms and a pro-Israel advocacy group.  His clients have ranged from individuals and startups to Fortune 100 companies, government agencies, and international organizations.

​Bruce has contributed to the scholarly literature on computing, business, economics, law, and foreign policy, and written extensively about American politics and policy.  Over time, he has developed two particularly valuable areas of expertise.  He is a master at pulling together information from diverse sources to craft a coherent story, and he excels at troubleshooting problems handed to him even when they are already past due and over budget.